3D
Featured Scan The World
4,230 views 313 downloads
4 collections
Community Prints Add your picture
Be the first to share a picture of this printed object
0 comments

Niobe is a character in Greek mythology who's name and narrative was first featured in Homer's Iliad and has since been a popular myth in numerous writings artworks.

There is little known about the provenance of this sculpture, though it is believed to originate from the collections and workshops of Pierre and Francois Lucas. 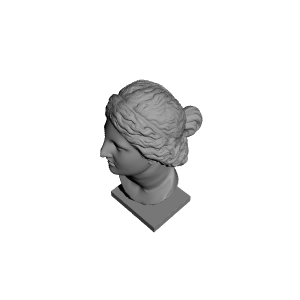