Head of Philoctetes at The State Hermitage Museum, St Petersburg

3D
Scan The World
1,999 views 93 downloads
Community Prints Add your picture
Be the first to share a picture of this printed object
0 comments

Head of Philoctetes at The State Hermitage Museum, St Petersburg

Philoctetes, or Philocthetes, according to Greek mythology, was the son of King Poeas of Meliboea in Thessaly. He was a Greek hero, famed as an archer, and a participant in the Trojan War. 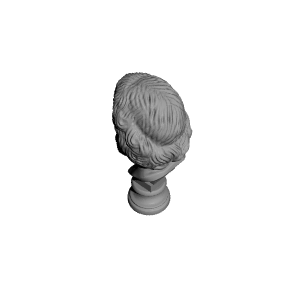 ×
0 collections where you can find Head of Philoctetes at The State Hermitage Museum, St Petersburg by Scan The World