Rabindranath Tagore (1861-1941) was India's most revered poet. He was also a philosopher, painter, sculptor and educator, and his genius continues to shape Indian cultural and artistic life. In 1913 he became the first Indian to win the Nobel Peace Prize for his book Gitanjali (Song Offerings). Tagore was knighted by the British in 1915, but he was later rejected the honour after hundreds of unarmed civilians who were celebrating the festival of Vaisakhi in Amritsar were massacred by British troops in 1919.

Epstein presents Tagore as a stern and commanding figure in his over life-size sculpture. The intense stare and blowing beard make him look like a biblical apostle. 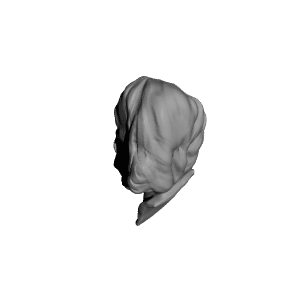 ×
0 collections where you can find Head of Rabindranath Tagore by 3DLirious
×
Paulo Ricardo Blank
@pauloblank
0
Printed on: Other
Material: PLA
Posted at: 25th October 2021