3D
Scan The World
2,475 views 118 downloads
Community Prints Add your picture
Be the first to share a picture of this printed object
0 comments

Widely recognized as one of the most lyrically intense German-language poets, Rainer Maria Rilke was unique in his efforts to expand the realm of poetry through new uses of syntax and imagery and in the philosophy that his poems explored.

Rilke's early verse, short stories, and plays are characterized by their romanticism. His poems of this period show the influence of the German folk song tradition and have been compared to the lyrical work of Heinrich Heine. 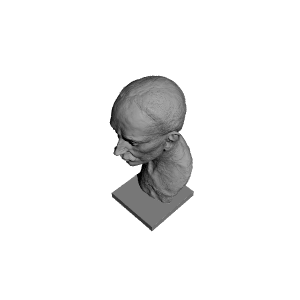