This is a limestone head of Serapis. Serapis also spelt Sarapis, was a Greco-Egyptian deity of the Sun first encountered at Memphis, where his cult was celebrated in association with that of the sacred Egyptian bull Apis (who was called Osorapis when deceased). He was thus originally a god of the underworld but was reintroduced as a new deity with many Hellenic aspects by Ptolemy I Soter, who centred the worship of the deity at Alexandria.

The head was discovered at the Temple of Sarapis at Soli 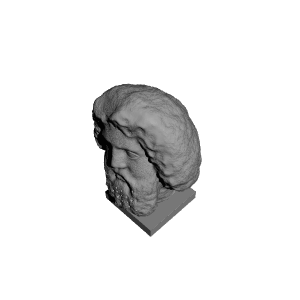