3D
Scan The World
1,340 views 62 downloads
Community Prints Add your picture
Be the first to share a picture of this printed object
0 comments

Sekhmet, meaning 'she who is powerful', was an aggressive lioness-goddess associated with destruction. When complete, this statue would have shown Sekhmet with a human body and the head of a lioness. here she wears a crown made up of the solar disc and cobra. Hundreds of life-size statues of Sekhmet were erected by King Amenhotep III at his mortuary temple in Western Thebes. Some, such as this, were later moved to other locations. 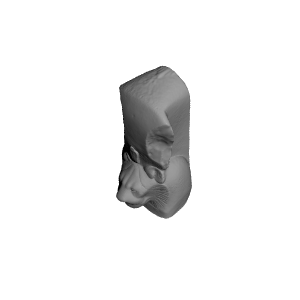