3D
Scan The World
2,088 views 67 downloads
Community Prints Add your picture
Be the first to share a picture of this printed object
0 comments

Socrates was an ancient Athenian philosopher. As represented in the writings of his disciple Plato, he engaged in dialogue with others in an attempt to reach understanding and ethical concepts by exposing and dispelling error (the Socratic method ). Charged with introducing strange gods and corrupting the young, he committed suicide as required.

Displayed at the Antike am Königsplatz in Munich. The museum displays Bavaria's collections of antiquities from Greece, Etruria and Rome. The sculpture collection, on the other hand, is located in the opposite Glyptothek and works created in Bavaria are on display in a separate museum. Ancient Egypt also has its own museum. 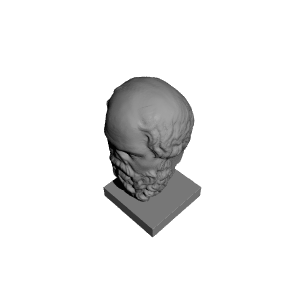