Head of the Dead Christ at The Fine Arts Museum in Ghent, Belgium

3D
Scan The World
2,556 views 204 downloads
1 collection
Community Prints Add your picture
Be the first to share a picture of this printed object
0 comments

Head of the Dead Christ at The Fine Arts Museum in Ghent, Belgium

"Paul de Vigne (1843–1901), Belgian sculptor, was born at Ghent. He was trained by his father, a statuary, and began by exhibiting his Fra Angeico da Fiesole at the Ghent Salon in 1868. In 1872 he exhibited at the Brussels Salon a marble statue, Heliotrope (Ghent Gallery), and in 1875, at Brussels, Beatrix and Domenica. He was employed by the government to execute caryatides for the ornate facade of the Royal Conservatory of Brussels. In 1876 at the Antwerp Salon he had busts of E. Hid and W. Wilson, which were afterwards placed in the communal museum at Brussels. Until 1882 he lived in Paris, where he produced the marble statue Immortality (Brussels Gallery), and The Crowning of Art, a bronze group on the facade of the Palais des Beaux-Arts at Brussels. His monument to the popular heroes, Jan Breydel and Pieter de Coninck, was unveiled at Bruges in 1887. At his death he left unfinished his principal work, the Anspach monument, which was erected at Brussels under the direction of the architect Janlet with the co-operation of various sculptors. Among other notable works by De Vigne may be mentioned Volumnia ; Poverella (1878); a bronze bust of Psyche (Brussels Gallery), of which there is an ivory replica; the marble statue of Marnix de Ste Aldegonde on the Sablon Square, Brussels; the Metdepenningen monument in the cemetery at Ghent; and the monument to Canon de Haerne at Kortrijk." 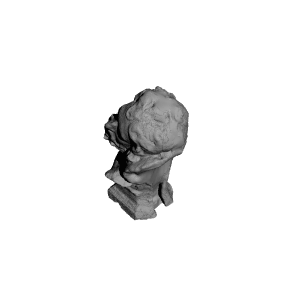 ×
1 collections where you can find Head of the Dead Christ at The Fine Arts Museum in Ghent, Belgium by Scan The World