Head of a Maenad

3D
Featured Scan The World
1,638 views 56 downloads
Community Prints Add your picture
Be the first to share a picture of this printed object
0 comments

Head of a Maenad

Head of the maenad called “Apollo Tyszkiewicz”, Roman archaic creation from the middle of the 1st century BC, Greece (?), Marble. Musée du Cinquantenaire (Brussels, Belgium). Make with ReMake and ReCap from AutoDesk.

This work, created by Greek studios for a Roman audience fond of archaism, imitates the Greek creations of the 6th century BC. 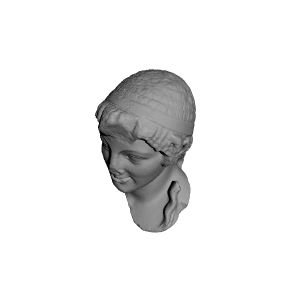 ×
0 collections where you can find Head of a Maenad by geoffrey.marchal