3D
360°
Scan The World
1,231 views 63 downloads
Community Prints Add your picture
Be the first to share a picture of this printed object
0 comments

This is a memorial dedicated to Varlam Tikhonovich Shalamov, a Russian writer, journalist, poet and Gulag survivor. He spent much of the period from 1937 to 1951 imprisoned in forced-labour camps in the Arctic region of Kolyma, due in part to his having supported Leon Trotsky and praised the anti-Soviet writer Ivan Bunin. In 1946, near death, he became a medical assistant while still a prisoner. He remained in that role for the duration of his sentence, then for another two years after being released, until 1953. From 1954 to 1978, he wrote a set of short stories about his experiences in the labor camps, which were collected and published in six volumes, collectively known as The Kolyma Tales. These books were initially published in the West, in English translation, starting in the 1960s; they were eventually published in the original Russian, but only became officially available in the Soviet Union in 1987, in the post-glasnost era. The Kolyma Tales are considered Shalamov's masterpiece, and "the definitive chronicle" of life in the labor camps.

Despite his anti-Stalin stance and his horrific experience in the labor camps, Shalamov remained pro-Communist and pro-Soviet until the end of his life, and disliked the use of The Kolyma Tales for propaganda purposes in the West.

I saw everything: sand and snow,
Snowstorm and heat.
What can a man endure?
Everything is experienced by me.
* * *
Raised by a million hands,
Fluttering hearts
Barbed wire circle,
Thy crown of thorns.
* * *
Let the leaden rain of the century
As the beginning of all beginnings,
Icy cruel lash
We pounding on the shoulders.
* * *
Our destinies are simple masks.
That one great fate
Tales of the one that, fearing publicity,
Chained to the rock slaves.
* * *
Easier in the coal face,
Easier by anyone
Just not yourself
Walk your way.
* * *
Promise you
Distant Russia,
Enemies are not forgiving
I'll be back from heaven. 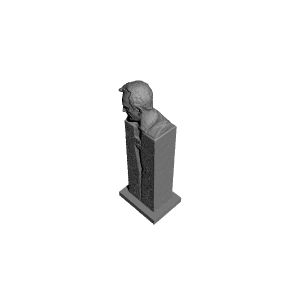