3D
Scan The World
1,408 views 64 downloads
3 collections
Community Prints Add your picture
Be the first to share a picture of this printed object
0 comments

This is a copy of the Nike by Paionios of the 5th century.

The Nike of Paionios is an ancient statue of the Greek goddess of victory, Nike, made in 425–420 BC. Made of Parian marble, the statue was restored from many fragments, but is lacking face, neck, forearms, part of left leg, toes and some fragments of drapery. It also had wings. The goddess is shown landing gently on her left foot, with the drapery blown against her body. 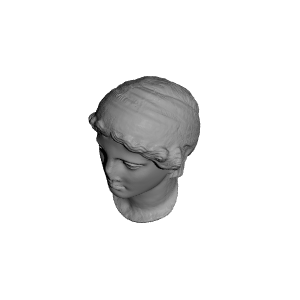