3D
360°
Scan The World
1,853 views 92 downloads
4 collections
Community Prints Add your picture
Be the first to share a picture of this printed object
0 comments

Headrests in this form were used in the same way that modern pillows are used, supporting the gap between one’s head and shoulders during sleep. Such pillow-like headrests could be executed in a variety of materials with different decorative motifs, these being largely apotropaic (protective) in order to ward malevolent forces away from the defenseless sleeping individual. 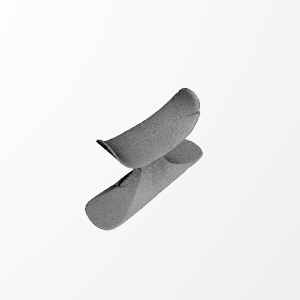 ×
4 collections where you can find Headrest by HMANE