3D
360°
2,808 views 105 downloads
1 collection
Community Prints Add your picture
Be the first to share a picture of this printed object
0 comments

The Hemkade is an event location in Zaandam. The name is derived from the address, Hemkade 48. The location has a capacity of 4,000 visitors, and has been used since 1994 for large-scale events and parties. The building has been officially called North Sea Venue since 2007, and serves as a venue for parties.

In 1947 a building was built on Hemkade 48 where oil barrels were produced. The Hemkade is therefore an old industrial building, designed in the style of the Amsterdam School, architects who designed factory buildings in the Netherlands between the First and Second World War. The building was later taken over by Bruynzeel, who used the building as a factory where doors were manufactured until 1980.

The Hemkade was given a new purpose in 1985: from 1985 to 1993 it was a sports center with squash courts at the back of the building. From 1994 the building is used as an event location.

In the first years with this destination, hardcore parties were held in the building, such as Thunderdome and Hellbound. In 1998 the big boom of hardcore came to an end. Trance in particular came up. The Beatrix flyer was widely discussed for the Royal Edition on Queen's Day 1999 and on which the queen could be seen in a daring outfit. The Hemkade also became the place for a new organization that year: Qlass Elite, the current Q-dance. This organized old-skool parties. The controversial fetish party Wasteland also found shelter there. In 2000, the image of the Hemkade as a hardcore temple was finally settled, when trance party High Energy was given (with Tiësto and Armin van Buuren, among others), as well as technology festival Awakenings (from Wikipedia).

MiniWorld 3D is excited to bring this historical model to life as a homage to all the people of The Netherlands. This model was designed by collaborator Bart Tangermann. Please give credit, it's all about spreading culture and education!

MiniWorld 3D is a collective of 20+ artists creating the best free library of 3D printable models of landmarks of the world! 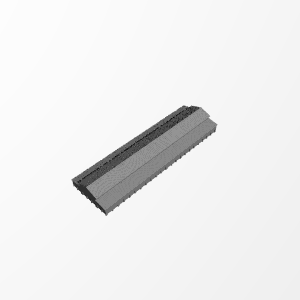