Hielmstierne and Thorvaldsen did not know each other, as the sculptor was only 10 years old when the former died. However, in 1807 Thorvaldsen received an order for a portrait bust of Henrik Hielmstierne from Henrik's son-in-law. It was probably modeled in 1812 after a plaster cast of a bust by Hartman Beeken and J.L. Lund's drawing. 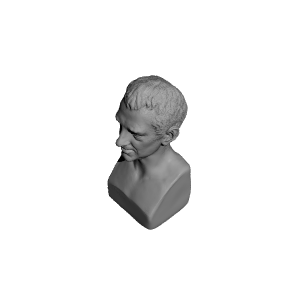