3D
Scan The World
4,483 views 234 downloads
1 collection
Community Prints Add your picture
Be the first to share a picture of this printed object
0 comments

Infante Dom Henrique de Avis, Duke of Viseu (4 March 1394 – 13 November 1460), better known as Henry the Navigator (Portuguese:Henrique, o Navegador) was an important figure in 15th-century Portuguese politics and in the early days of the Portuguese Empire. Through his administrative direction, he is regarded as the main initiator of what would be known as the Age of Discoveries. Henry was the third child of the Portuguese king John I and responsible for the early development of Portuguese exploration and maritime trade with other continents through the systematic exploration of Western Africa, the islands of the Atlantic Ocean, and the search for new routes.

King John I was the founder of the House of Aviz. Henry encouraged his father to conquer Ceuta (1415), the Muslim port on the North Africancoast across the Straits of Gibraltar from the Iberian Peninsula. He learnt of the opportunities from the Saharan trade routes that terminated there, and became fascinated with Africa in general; he was most intrigued by the Christian legend of Prester John and the expansion of Portuguese trade. Henry is regarded as the patron of Portuguese exploration. 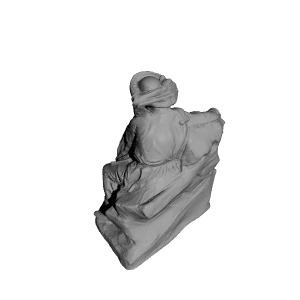 ×
1 collections where you can find Henry The Navigator at Belgrave Square, London by Scan The World