3D
Scan The World
3,777 views 340 downloads
2 collections
Community Prints Add your picture
Be the first to share a picture of this printed object
0 comments

This sculpture of Heracles and the lion are fragments of the relief depicting the labours of Heracles from a Roman sarcophagus of the 2nd-3rd century. A sarcophagus (plural, sarcophagi) is a box-like funeral receptacle for a corpse, most commonly carved in stone, and usually displayed above ground, though it may also be buried. The Nemean lion was a vicious monster in Greek mythology that lived at Nemea. It was eventually killed by Heracles. It could not be killed with mortals' weapons because its golden fur was impervious to attack. Its claws were sharper than mortals' swords and could cut through any armor.

Today, lions are not part of the Greek fauna (or the fauna of Europe). However, according to Herodotus, lion populations were extant in Ancient Greece, until around 100 BC when they became extinct.

The lion is usually considered to have been the offspring of Typhon (or Orthrus) and Echidna; it is also said to have fallen from the moon as the offspring of Zeus and Selene, or alternatively born of the Chimera. The Nemean lion was sent to Nemea in the Peloponnesus to terrorize the city. 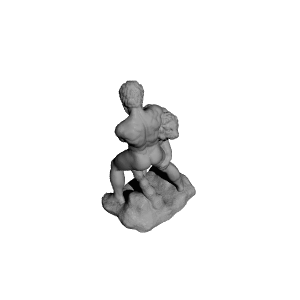