3D
Featured
4,242 views 475 downloads
3 collections
Community Prints Add your picture
Be the first to share a picture of this printed object
1 comments

Heracles , born Alcaeus or Alcides, was a divine hero in Greek mythology, the son of Zeus and Alcmene, foster son of Amphitryon and great-grandson and half-brother (as they are both sired by the god Zeus) of Perseus. He was the greatest of the Greek heroes, a paragon of masculinity, the ancestor of royal clans who claimed to be Heracleidae. In Rome and the modern West, he is known as Hercules. Many popular stories were told of his life, the most famous being The Twelve Labours of Heracles. 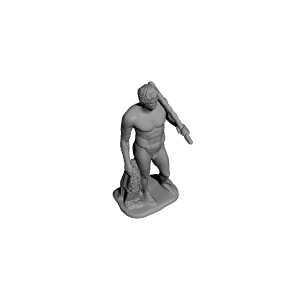 ×
3 collections where you can find Herakles by geoffrey.marchal