3D
Scan The World
2,126 views 203 downloads
2 collections
Community Prints Add your picture
Be the first to share a picture of this printed object
0 comments

This sculpture depicts demigod Hercules with his second wife, mortal Deianira. She was mentioned in many myths and believed to play an important role in many of her husband's adventures.

Earlier versions of Deianira generally present her as unwittingly causing Hercules' death out of her love for him and as a sympathetic character who dies tragically. Seneca, however, created another, though a much less sympathetic, version of her in keeping with the meaning of her name: "man-destroyer". 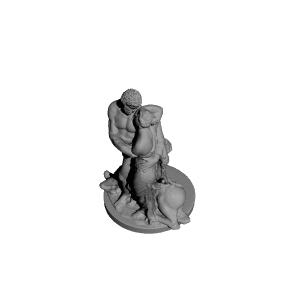