Hercules and Telephus at The Louvre, Paris

3D
Scan The World
4,251 views 441 downloads
3 collections
Community Prints Add your picture
Be the first to share a picture of this printed object
0 comments

Hercules and Telephus at The Louvre, Paris

This larger than life sculpture was carved out of marble by an unknown artist in the 2nd Century A.D. It was discovered in Tivoli (to the east of Rome) in Italy.

In Greek mythology, Telephus (Ancient Greek: "far-shining") was the son of Heracles and Auge, daughter of king Aleus of Tegea; and the father of Eurypylus. He was intended to be king of Tegea, but instead became the king of Mysia in Asia Minor. He was wounded by the Achaeans when they were coming to sack Troy and bring back Helen to Sparta. 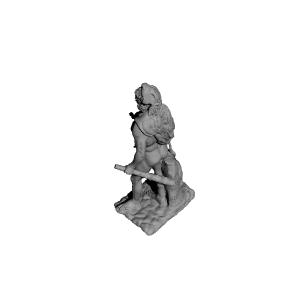 ×
3 collections where you can find Hercules and Telephus at The Louvre, Paris by Scan The World