Hercules Westling with Antaeus at The National Art Gallery in Copenhagen, Denmark

3D
Scan The World
2,499 views 174 downloads
Community Prints Add your picture
Be the first to share a picture of this printed object
0 comments

Hercules Westling with Antaeus at The National Art Gallery in Copenhagen, Denmark

Antaeus was a figure in Greek and Berber mythology. In Greek sources, he was the half-giant son of Poseidon and Gaia. His wife was the goddess Tinge, and he had a daughter named Alceis or Barce. He was famed for his loss to Hercules during that demigod's 12 Labors. 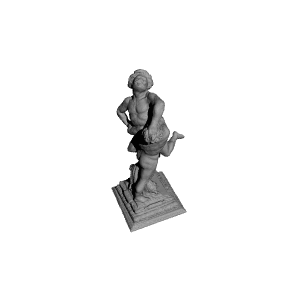 ×
0 collections where you can find Hercules Westling with Antaeus at The National Art Gallery in Copenhagen, Denmark by geoffrey.marchal