3D
360°
Scan The World
1,196 views 51 downloads
Community Prints Add your picture
Be the first to share a picture of this printed object
0 comments

Hercules is identified in this herm by his characteristic attributes: the lionskin covering his head and shoulders, the club and the cornucopia full of fruit. The prototype for this sculpture seems to be a herm depicted on an Athenian coin of the Imperial period, showing a sanctuary in the city. It dates to between the late 2nd century BC and the 2nd century AD. 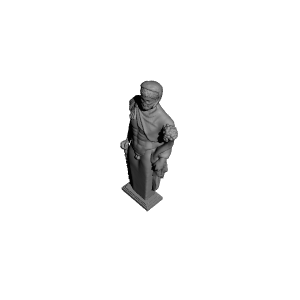