Herm with a portrait of Demosthenes

Herm with a portrait of Demosthenes

This marble herm features a portrait of Demosthenes and originates from Greece, made in the Roman Empire. It is a copy of a Greek original of 30-20 BC, created in 280 AD.

Demosthenes was a Greek statesman and orator of ancient Athens. His orations constitute a significant expression of contemporary Athenian intellectual prowess and provide an insight into the politics and culture of ancient Greece during the 4th century BC. Demosthenes learned rhetoric by studying the speeches of previous great orators. He delivered his first judicial speeches at the age of 20, in which he argued effectively to gain from his guardians what was left of his inheritance. For a time, Demosthenes made his living as a professional speech-writer (logographer) and a lawyer, writing speeches for use in private legal suits. 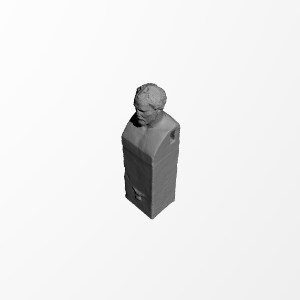