3D
Scan The World
1,020 views 41 downloads
Community Prints Add your picture
Be the first to share a picture of this printed object
0 comments

This memorial was installed in Sankt Annæ Plads on April 20, 2012, Herman Bang's birthday, on the occasion of the 100th anniversary of his death. 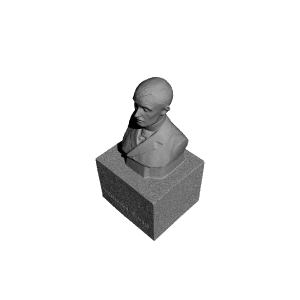