3D
Scan The World
4,647 views 176 downloads
3 collections
Community Prints Add your picture
Be the first to share a picture of this printed object
0 comments

This figure is thought to represent Hermes, a messenger god who has conducted Athena's chariot to the Acropolis.

Many thanks to Javier for the beautiful renders of this sculpture! 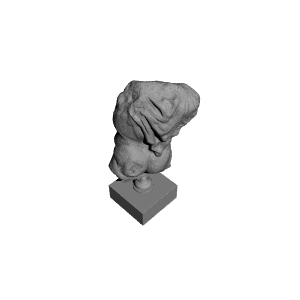 ×
3 collections where you can find Hermes - Elgin Marble at The British Museum, London by Scan The World