Varok Saurfang - the last hope of reclaiming the honor of the horde, or just an self destructive old soldier wishing for honorable death? In either case, he has had a big impact on the horde and pariticaped in all major events one way or the other. Even as an alliance player I'm very intrigued of his fate, that hopefully will be illuminated further in the Battle for Azeroth that launches tomorrow!

As reference I used the Saurfang from the game and the cinematic, so it's bit of a mix. You will need supports under the shoulders but only there, from the print bed.

I used custom supports from Simplify3D under the shoulders only, printed mine succesfully on the first try using FlashForge Creator Pro, 0.15mm layers and Fillamentum's Vertigo Grey PLA -filament. 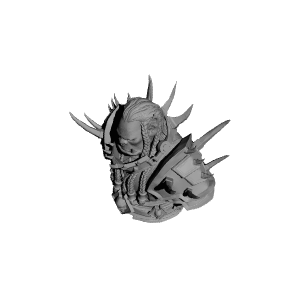