3D
Scan The World
5,385 views 570 downloads
6 collections
Community Prints Add your picture
Be the first to share a picture of this printed object
0 comments

This curved relief depicts the deposition of Christ. It is the scene from the Gospels' accounts of Joseph of Arimathea and Nicodemus taking Christ down from the cross after his crucifixion. In Byzantine art the topic became popular in the 9th century, and in the West from the 10th century. The Descent from the Cross is the 13th Station of the Cross. Other figures not mentioned in the Gospels who are often included in depictions of this subject include St. John the Evangelist, who is sometimes depicted supporting a fainting Mary, and Mary Magdalene. The Gospels mention an undefined number of women as watching the crucifixion, including the Three Marys, and also that the Virgin Mary and Mary Magdalene saw the burial. These and further women and unnamed male helpers are often shown. 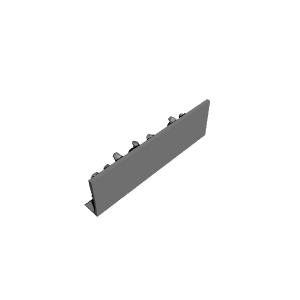 ×
6 collections where you can find High Relief: Deposition of Christ by Scan The World