3D
Scan The World
3,367 views 68 downloads
Community Prints Add your picture
Be the first to share a picture of this printed object
0 comments

The Homilies d'Organyà ("Homilies of Organyà") constitute one of the oldest known literary documents (longer than a mere fragment) in the Catalan language. It is known for the antiquity of its language, between vulgar Latin and Catalan. Older texts in Catalan include a fragment of the Forum iudicum, the feudal oath of 1098, and the Greuges de Guitard Isarn of 1080-1091, also of Organyà origin, as well as Catalan glosses in Latin documents dated to as far back as 1034.

The Homilies d'Organyà were discovered in the vicarage ofOrganyà in 1904 by Dr. Joaquim Miret i Sans, a historian and lawyer. It is dated to the end of the 12th century and is composed of six sermons that include commentaries on various gospels andepistles.

The original is kept in the National Library of Catalonia, and a reproduction is also displayed in Organyà. This bronze contemporary sculpture was made to resemble and honour the document, preserving its historical and cultural values. 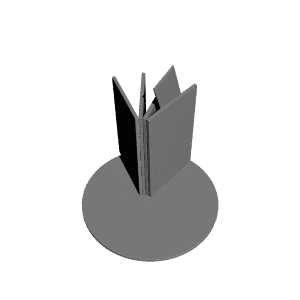 ×
0 collections where you can find Homilies d'Organya in Manresa, Spain by Scan The World