3D
Scan The World
1,562 views 127 downloads
Community Prints Add your picture
Be the first to share a picture of this printed object
0 comments

This group, the first sculpture in marble and masterpiece by Danti, was commissioned by Cosimo de Medici's chamberlain from Perugia, Sforza Almeni, who had introduced the artist to the Florentine Court and who died five years later, stabbed by the Duke in a fit of rage. The unusual subject probably alludes to an episode in the life of Almeni.

Compared to Michelangelo's Genius of the Victory, which inspired Danti to create this work, the composition has a tighter and more dramatic rhythm. 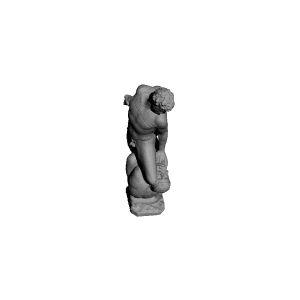