3D
360°
4,727 views 270 downloads
1 collection
Community Prints Add your picture
Be the first to share a picture of this printed object
4 comments

Environmental Problems Caused by Deforestation of Tropical Rain Forests #Hope3d The international scientific community has known of the negative effects of deforestation for many years, and Brazil, one of the countries that is most affected, acted to curb it in 2004. Despite those efforts, the deforestation rate has been increasing at an accelerating rate. In 2016, the deforestation rate in that country exceeded the rate recorded in the previous year by 29 percent. Previously, the rate had increased by an average of 24 percent from year to year.

Brazil is home to the Amazon basin and its rainforests, but it is by no means the only country with deforestation problems. Honduras has lost half of its forest cover and Nigeria has chopped down all but 10 percent of its trees. The Philippines, Ghana, Indonesia and Nepal are among many other countries that have been perilously deforested. The trees are cut primarily to clear land for cattle lots and small agriculture, but logging is still an important economical activity in many places. In addition, forest fires claim billions of trees each year. In 2016, they accounted for a forest cover loss equal to the area of New Zealand.
The effects of deforestation are significant, not just for the countries that lose trees, but for the global community as a whole. They include loss of habitat for animals and people, soil erosion, drier air and a warmer planet.Deforestation Can Lead to which Ecological Issue?
Trees are an important carbon sink. A single tree can absorb 48 pounds of carbon dioxide a year. It also filters the air by absorbing other pollutants. When the tree is gone, the carbon dioxide it would have used for photosynthesis either remains in the atmosphere or gets absorbed by the oceans, which are becoming increasingly acidified and less able to absorb more. Carbon dioxide is a greenhouse gas. It helps create a "ceiling" in the atmosphere that prevents ground heat from dissipating into space. In other words, deforestation leads directly to global warming, which is one of the most serious ecological issues facing modern humanity.
Loss of Trees Contributes to Mass Extinction
About a dozen different species go extinct every day, and scientists predict that 30 to 50 percent of all species could be extinct by the middle of the 21st century. This is one more of the calamitous effects of deforestation. Cutting trees removes the habitat for tree-dwelling animals, birds and insects, and global warming, to which deforestation contributes, kills fish and amphibians as well as other creatures. Loss of habitat also creates social issues for people who live in the forest who must relocate to inhabited areas.
Deforestation Makes the Air Drier and Promotes Soil Erosion
Everyone knows that trees create shade and that the air around a tree tends to be cooler. This is partly because the tree transpires water into the atmosphere. When the tree is gone, the surrounding air is drier and hotter. This makes it harder for foliage and plants that depend on water and the shade from trees to survive.
Tree roots help bind the soil and prevent it from washing away. When the roots are no longer there, soil erosion can become extreme, especially during heavy rainstorms. Catastrophic landslides can level houses, and large soil displacement events can make land unusable for building as well as for agriculture. sciencing.com By Chris Deziel 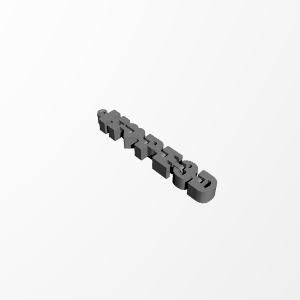