3D
Scan The World
3,773 views 303 downloads
3 collections
Community Prints Add your picture
Be the first to share a picture of this printed object
0 comments

Horus, the falcon, is an important god in Egyptian mythology. Horus the Elder was one of the oldest gods of Ancient Egypt. He was a sky god, whose face was visualized as the face of the sun. Since Horus was said to be the sky, it was natural that he was considered to also contain the sun and moon. It became said that the sun was one of his eyes and the moon the other, and that they traversed the sky when he, a falcon, flew across it. Thus he became known as Harmerty – Horus of two eyes. It seems that in very early times the followers of the god Seth (patron of lower Egypt) may have been conquered by the followers of the god Horus (patron of upper Egypt) who went on to unite upper and lower Egypt. Thus the golden Horus, representing the sun and gold, is one of the titles of later all later pharaohs uniting upper and lower Egypt. In the Old kingdom the Egyptian pharaoh was taken to be the living Horus and the dead king (his father or predecessor) as Osiris. 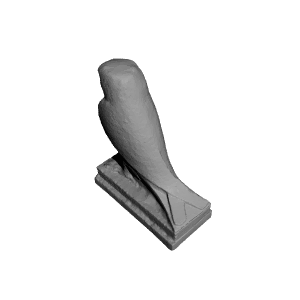 ×
3 collections where you can find Horus, the Falcon by Scan The World