3D
Scan The World
3,161 views 135 downloads
Community Prints Add your picture
Be the first to share a picture of this printed object
0 comments

This is a house frontal pole made of red cedar. It originates from the Haida people, Tanu of British Columbia, the Northwest Coast of America from the 19th Century.

Haida houses served as ceremonial spaces where potlaches or feasts were performed to celebrate life cycle events. Memorial potlatches commemorating the accession of new chiefs were, and still are, the most important events. Today potlatches are held in purpose-built community Big Houses.

This doorway is carved with various crest animals. An eagle sits at the top of the pole. Underneath is a subsidiary crest, probably a hard. On either side of the hawk are the horns of a mountain goat. The large figure at the bottom is a baleen whale. 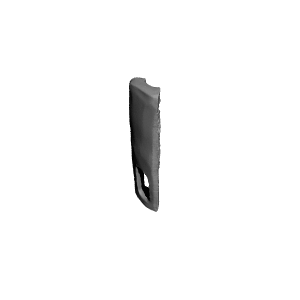 ×
0 collections where you can find House Frontal Pole at The British Museum, London by Scan The World