3D
5,426 views 327 downloads
Community Prints Add your picture
Be the first to share a picture of this printed object
0 comments

The Houston Texans are a professional American football team based in Houston, Texas. The team is a member of the South Division of the American Football Conference (AFC) in the National Football League (NFL). The Texans joined the NFL in 2002 as an expansion team after Houston's previous franchise, the Houston Oilers, moved to Nashville, Tennessee, where they are now the Tennessee Titans. The team majority owner is Bob McNair. The team clinched its first playoff berth during the 2011 season as AFC South division champions. The Texans repeated as AFC South champions in 2012. 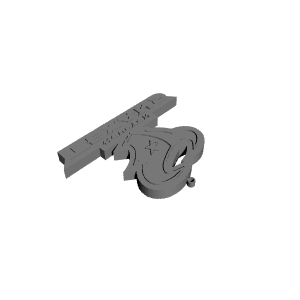 ×
0 collections where you can find Houston Texans Logo by rozoom