3D
Scan The World
2,404 views 77 downloads
Community Prints Add your picture
Be the first to share a picture of this printed object
0 comments

The many representations of hunchbacks have led to the suggestion hunchbacks people held positions of importance in the ancient Mesoamerican world. Beginning with Olmec peoples, these individuals were thought to possess special abilities due to their physical anomalies.

People with hunchbacks, and dwarves, were held to possess supernatural attributes, appearing in Mesoamerican mythology as skybearers and linked to water deities. In later times the court of the Aztec emperor Motecuhzoma II included both hunchbacks and dwarves as jesters and as advisers for religious and state matters. 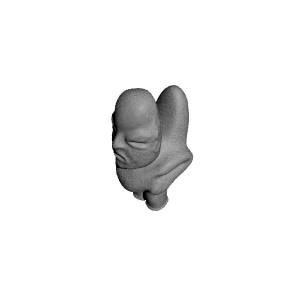 ×
0 collections where you can find Hunchback figure at The British Museum, London by Scan The World