Hyacinth at the Louvre, Paris, France

3D
Scan The World
4,484 views 327 downloads
3 collections
Community Prints Add your picture
Be the first to share a picture of this printed object
0 comments

Hyacinth at the Louvre, Paris, France

Hyacinth was a beautiful youth and lover of the god Apollo, though he was also admired by West Wind, Zephyr. Apollo and Hyacinth took turns throwing the discus. Hyacinth ran to catch it to impress Apollo, was struck by the discus as it fell to the ground, and died. A twist in the tale makes the wind god Zephyrus responsible for the death of Hyacinth. His beauty caused a feud between Zephyrus and Apollo. Jealous that Hyacinth preferred the radiant archery god Apollo, Zephyrus blew Apollo's discus off course, so as to injure and kill Hyacinth. When he died, Apollo did not allow Hades to claim the youth; rather, he made a flower, the hyacinth, from his spilled blood. 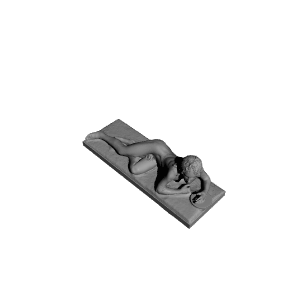 ×
3 collections where you can find Hyacinth at the Louvre, Paris, France by Scan The World