3D
Scan The World
2,317 views 84 downloads
Community Prints Add your picture
Be the first to share a picture of this printed object
0 comments

In Greek as well as Roman mythology, Hygieia (also Hygiea or Hygeia), was the daughter of the god of medicine, Asclepius, and Epione. She was the goddess/personification of health, cleanliness and hygiene.

Hygieia also played an important part in her father's cult. While her father was more directly associated with healing, she was associated with the prevention of sickness and the continuation of good health. Her name is the source of the word "hygiene". She was imported by the Romans as the goddess Valetudo, the goddess of personal health, but in time she started to be increasingly identified with the ancient Italian goddess of social welfare, Salus.

The artist is still unknown of this piece. 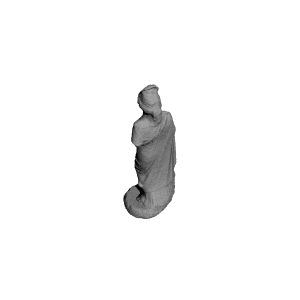 ×
0 collections where you can find Hygieia by Scan The World