Hypos was a deity in Greek mythology, the personification of sleep. He is believed to be the reason why the Greeks won the Trojan war as he put Zeus to sleep in exchange for marriage with Pasithea, one of the youngest Graces.

This striking bust was for many years thought to be an original Greek bronze, but it is now known to be a Roman copy from a larger full-figure work with a second wing coming from the left side of his head. Hypnos seems to have been a particularly popular subject in the western Mediterranean, as a number of other heads and figures have been found in Spain, France and Italy. Hypnos is usually shown as a running young man with wings on his head and long, tied-up hair. In this example, all that survives in the head. 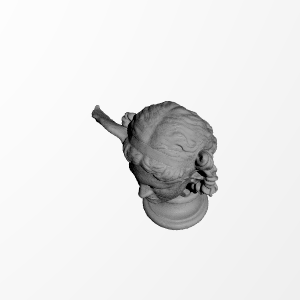 I always wondered how sculpts would look like if painted. This started when I was told that the sculpts in the metope of Parthenon where painted and what remains today is the decoloured marble after many ages. Some times I just try to paint, but in other cases, something provocative comes into my mind and I follow a more creative path. In any case, enjoy! More on my creative journeys at: Website: