3D
Scan The World
1,369 views 63 downloads
Community Prints Add your picture
Be the first to share a picture of this printed object
0 comments

This abstract sculpture depicts a human-like figure with arms wide open and the wings behind. The sculpture illustrates the ancient Greek myth of Icarus who was imprisoned with his father Daedalus in the palace of Knossos on Crete. In an attempt to escape, the pair fabricated wings from feathers and wax so they could fly away. Unfortunately, Icarus, not heeding the advice of his father, flew too close to the Sun, melting the wax that held the feathers and thus fell to his death in the sea. 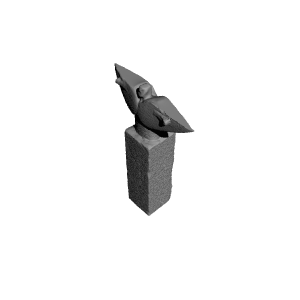 ×
0 collections where you can find Icarus by Scan The World