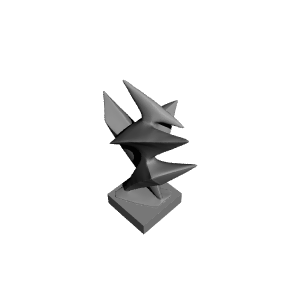 ×
28 collections where you can find Icarus at The Middelheim Museum, Antwerp by Scan The World
×
Creative Journeys
@Creative Journeys
1
Printed on: Tevo Tarantula
Material: PLA
Posted at: 05th October 2022