3D
Scan The World
1,861 views 127 downloads
1 collection
Community Prints Add your picture
Be the first to share a picture of this printed object
0 comments

Following the Khrushchev Thaw of the late 1950s and early 1960s, censorship on arts in the Societ Union was diminished. During this time, a distinctive period of Soviet culture developed characterized by conformist public life and intense focus on personal life. Greater experimentation in art forms were again permissible, with the result that more sophisticated and subtly critical work began to be produced. 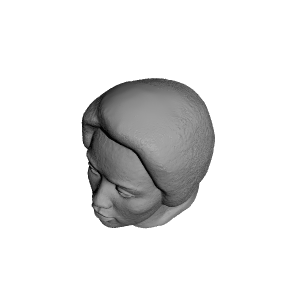