Infant in a Rock at St Martin in The Fields, London

3D
Scan The World
2,854 views 126 downloads
Community Prints Add your picture
Be the first to share a picture of this printed object
0 comments

Infant in a Rock at St Martin in The Fields, London

Christ Child, also known as In the Beginning or the Millennium Sculpture, is an outdoor sculpture by Michael "Mike" Chapman, located under the portico of St Martins-in-the-Fields at Trafalgar Square in London, United Kingdom. The opening text from the Gospel of John is inscribed around the sculpture: "In the beginning was the word and the word became flesh and lived among us".Chapman has said of the sculpture: "For the millennium I was commissioned to produce a sculpture to be placed in Trafalgar square, during Christmas prior to the celebrations. It seemed to me that a tiny life-size baby carved from stone in such an enormous environment would be the best way to remind us all of just whose birthday we were celebrating. In a 4.5 tonne block of Portland stone, this work can be found at the entrance to the church." It has been called "strikingly modern". 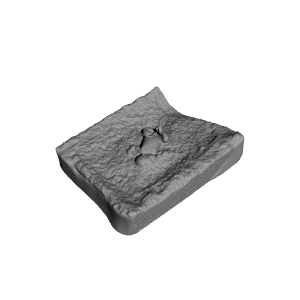 ×
0 collections where you can find Infant in a Rock at St Martin in The Fields, London by 3DLirious