3D
Scan The World
2,984 views 102 downloads
Community Prints Add your picture
Be the first to share a picture of this printed object
0 comments

Ioan Axente Sever (born Ioan Axente; 1821–1906) was a Romanian revolutionary in Austria-Hungary who participated in the Transylvanian Revolution of 1848. Born in Frâua (called Axente Sever since 1931), he studied theology and philosophy in Blaj. He was in Bucharest when the Wallachian Revolution broke out, later returning to Transylvania to participate in the Blaj Assemblies. He then followed Avram Iancu to fight in the mountains. In later years, he was part of the ASTRA leadership in Sibiu. 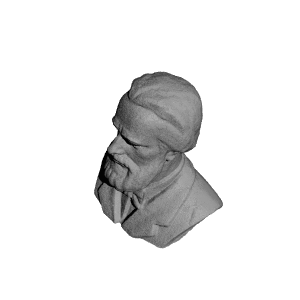