3D
Scan The World
2,931 views 137 downloads
1 collection
Community Prints Add your picture
Be the first to share a picture of this printed object
0 comments

Ion Dragalina (16 December 1860 – 9 November 1916) was a Romanian general, who died during the First World War in the Battle of Jiu Valley. Dragalina was born in the city of Caransebeş, which at the time was part of the Austro-Hungarian Empire.

Ioan Dragalina was a descendant of a military family. His father, Alexandru Dragalina, served as an officer in the Austro-Hungarian army until his resignation in 1859. His parents moved to Romania, where his father was appointed administrator of the border region. However, Marta Lazaroni, his mother, wanted to give birth in her ancestral home and thus the family returned to Caransebeș, where in 1860 Ioan, the first of their four sons, was born. 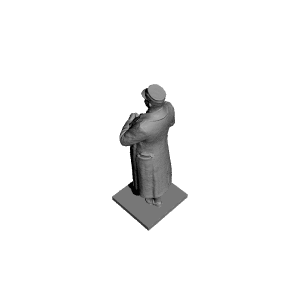 ×
1 collections where you can find Ioan Dragalina in Caransebes, Romania by apllana