3D
Scan The World
3,304 views 99 downloads
Community Prints Add your picture
Be the first to share a picture of this printed object
0 comments

'The right measure of culture is the importance which is given to true culture, the consideration, the esteem and intelligence, either as a science, or as a competence in the matter of art (...)'

Ioan Slavici (January 18, 1848 – August 17, 1925) was a Transylvanian-born Romanian writer and journalist. He made his debut in Convorbiri literare ("Literary Conversations") (1871), with the comedy Fata de birău("The Mayor's Daughter"). Alongside Eminescu he founded the Young Romania Social and Literary Academic Society and organized, in 1871, the Putna Celebration of the Romanian Students from Romania and from abroad. At the end of 1874, he settled in Bucharest, where he became secretary of the Hurmuzachi Collection Committee, then he became a professor, and then an editor of the newspaper Timpul ("The Time"). Alongside I. L. Caragiale and G. Coşbuc, he edited the Vatra ("The Hearth") review. During the first World War, he collaborated at the newspapers Ziua ("The Day") and Gazeta Bucureștilor ("The Bucharest Gazette"). He was awarded the Romanian Academy Award (1903). 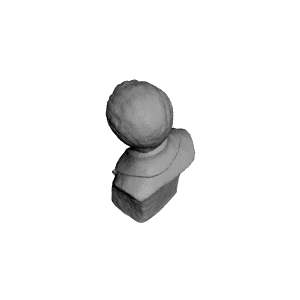 ×
0 collections where you can find Ioan Slavici in Astra Park, Sibiu by apllana