3D
Scan The World
2,517 views 75 downloads
Community Prints Add your picture
Be the first to share a picture of this printed object
0 comments

Ion Luca Caragiale (Romanian pronunciation:; commonly referred to as I. L. Caragiale; February 13 [O.S. February 1] 1852 – 9 July 1912) was a Wallachian-born Romanian playwright, short story writer, poet, theater manager, political commentator and journalist. Leaving behind an important cultural legacy, he is considered one of the greatest playwrights in Romanian language and literature, as well as one of its most important writers and a leading representative of local humor. Alongside Mihai Eminescu, Ioan Slavici and Ion Creangă, he is seen as one of the main representatives of Junimea, an influential literary society with which he nonetheless parted during the second half of his life. His work, spanning four decades, covers the ground between Neoclassicism, Realism, and Naturalism, building on an original synthesis of foreign and local influences.

Although few in number, Caragiale's plays constitute the most accomplished expression of Romanian theater, as well as being important venues for criticism of late 19th-century Romanian society. They include the comedies O noapte furtunoasă,Conu Leonida faţă cu reacţiunea, O scrisoare pierdută, and the tragedy Năpasta. In addition to these, Caragiale authored the melodrama O soacră, a large number of essays, articles, short stories, novellas and sketch stories, as well as occasional works of poetry and autobiographical texts such as Din carnetul unui vechi sufleur. In many cases, his creations were first published in one of several magazines he edited—Claponul, Moftul Român, Vatra and Epoca. Most of his prose works have been published under the title Momente şi schiţe: they include Căldură mare, Cănuţă om sucit, Două loturi, Grand Hotel "Victoria română", as well as several pieces referring to stock characters such as Lache and Mache, Marius Chicoş Rostogan and Mitică. In some of his later fiction writings, including La hanul lui Mânjoală, Kir Ianulea, Abu-Hasan, Pastramă trufanda and Calul dracului, Caragiale adopted the fantasy genre or turned to historical fiction. 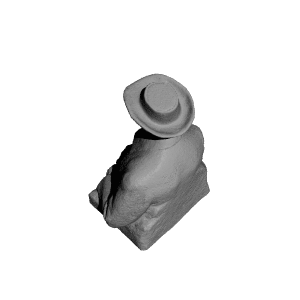 ×
0 collections where you can find Ion Luca Caragiale in Cluj, Romania by apllana