3D
Scan The World
2,774 views 202 downloads
5 collections
Community Prints Add your picture
Be the first to share a picture of this printed object
0 comments

The two main orders of Greek architecture—the Doric order of mainland Greece and the western colonies, and the Ionic order of the Greek cities on the coast of Asia Minor and the Ionian islands—were well established by the beginning of the sixth century B.C. Temple architecture continued to be refined throughout the century by a process of vibrant experimentation, often through building projects initiated by rulers such as Peisistratos of Athens and Polykrates of Samos.

This column capital has traces of painted decoration. 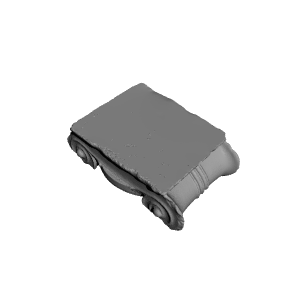