3D
Featured
25,654 views 2,675 downloads
13 collections
Community Prints Add your picture
Be the first to share a picture of this printed object
1 comments

The Mark 7 (Mark VII), is a Fully Loaded Rapid Deployment Suit, and was the seventh suit created by Tony Stark, to surpass the Mark VI, sometime between the events of Iron Man 2 and The Avengers.

It was featured in The Avengers movie, and made its debut in the movie when Tony was forced to order J.A.R.V.I.S., to get it ready for combat, despite it still being constructed, to use it in the upcoming battle with the Chitauri Army, as the Mark VI was heavily damaged from its last use by Tony during the events in the S.H.I.E.L.D. Helicarrier.
The suit was built for heavy combat, and was heavily armed with weapons.
The armor has a unique feature that involves forming itself into a large pod, and when opened, had mechanical arms, that could extend and reach onto Tony's arms, grabbing them and quickly wrapping itself around him. This was done through the use of two special metallic bracelets, both of which had encrypted codes embedded within them in the black rectangular spaces. The laser scanners on the mechanical arms scan these to confirm the user's identity and activate the pod. The armor then forms itself around Tony. 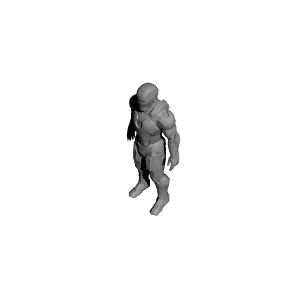