3D
Scan The World
1,942 views 104 downloads
Community Prints Add your picture
Be the first to share a picture of this printed object
0 comments

Abney Park in Stoke Newington, in the London Borough of Hackney, is a historic parkland originally laid out in the early 18th century by Lady Mary Abney and Dr. Isaac Watts, and the neighbouring Hartopp family. In 1840 it became a non-denominational garden cemetery, a semi-public park arboretum, and an educational institute, which was widely celebrated as an example of its time. A total of 196,843 burials had taken place there as of the year 2000. 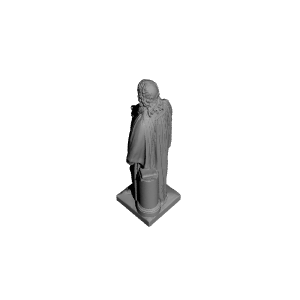 ×
0 collections where you can find Isaac Watt at Abney Park, London, UK by Scan The World