Isis was a goddess in Egyptian mythology. She was the sister and wife of Osiris, and they had a son named Horus. Isis also protected children and was one of the greatest goddesses. She is also considered as the greatest magician and goddess of magic. 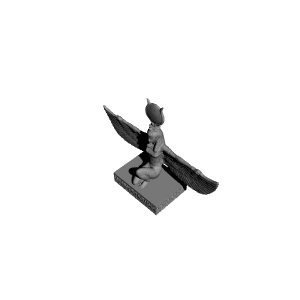 I printed with white PLA by Hatchbox. I sprayed with primer and then gold spray paint from Krylon's metallic series. I attempted to paint on top of the gold base with metallic acrylic paints, but it looked pretty horrible and I ended up just spraying on top again to cover it up.