Isocrates at The Palace of Versailles, France

3D
Scan The World
4,314 views 249 downloads
Community Prints Add your picture
Be the first to share a picture of this printed object
0 comments

Isocrates at The Palace of Versailles, France

Isocrates (436–338 BC), an ancient Greek rhetorician, was one of the ten Attic orators. Among the most influential Greek rhetoricians of his time, Isocrates made many contributions to rhetoric and education through his teaching and written works.

Greek rhetoric is commonly traced to Corax of Syracuse, who first formulated a set of rhetorical rules in the fifth century BCE. His pupil Tisias was influential in the development of the rhetoric of the courtroom, and by some accounts was the teacher of Isocrates. Within two generations, rhetoric had become an important art, its growth driven by social and political changes such as democracy and courts of law. 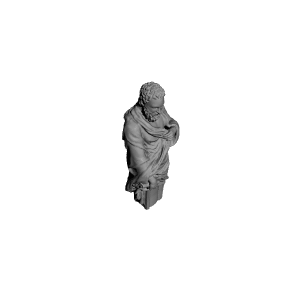 ×
0 collections where you can find Isocrates at The Palace of Versailles, France by Scan The World