3D
Scan The World
2,425 views 76 downloads
Community Prints Add your picture
Be the first to share a picture of this printed object
0 comments

Iuliu Hossu (30 January 1885 - 28 May 1970) was a Romanian Greek-Catholic bishop of the Cluj-Gherla Diocese and later cardinal (never functioning) and victim of the Communist regime. Pope Paul VI elevated Hossu to the rank of cardinal in pectore in 1969 but did not publish his appointment until 1973, after Hossu's death.

He was arrested by the Communist authorities on 28 October 1948. From 1950 to 1955 he was detained as political prisoner at Sighet prison. He spent the rest of his life under house arrest and died in 1970.

He is considered to have died in hatred of his faith and his canonization cause - as well as that of a larger group of martyrs - has been opened. He is referred to as a Servant of God.

Hossu died on 28 May 1970 at 9:00am at Coletina Hospital in Bucharest with Bishop Alexandru Todea at his side. He was buried in Bucharest, his last words recorded as being: "My struggle ends, yours continues". On 7 December 1982, his remains were exhumed and transferred. 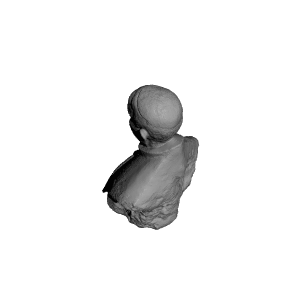 ×
0 collections where you can find Iuliu Hossu bust in Alba Iulia, Romania by apllana